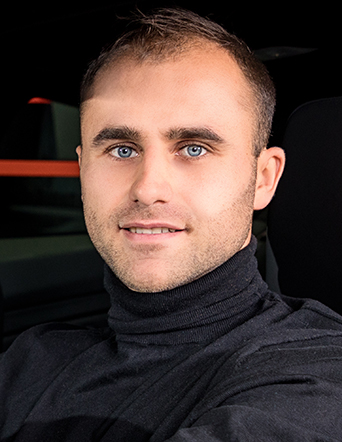 A passion for the game and playing for Romania is what motivates me to keep on fighting. I was born in Arad, Romania, in 1990. I guess you can say it runs in the family, as my brother was playing tennis since a very young age. I wanted to try too, and I have not stopped since. What I do is thrilling and exciting, and, when playing for Romania, I play with all my heart.

How it all began.

I was only seven years old, when, spurred by my brother’s interest, I wanted to get into tennis. This was one of the happiest moments of my life, holding the racquet, feeling the clay under my feet and the sun at my back. My family has supported me in every way possible. I fondly remember my debut in 2007, against a player 5 year my elder, with enough experience at the time that I could call him a veteran. This tournament, Romania F16 Futures, was indeed the turning point for me, as it was the first international tournament I won. My parents were watching, and so were the people of Arad. I could not lose. Since then, I have worked on building my trust brick by brick. Every victory has been a success to which I’ve worked hard, every loss has been a lesson learned.

In next year’s doubles I was determined to do more, thus adding another stone to the dream I was building: teamwork. Training both physically and mentally, and overcoming all adversaries to win the title was an unforgettable experience.

The path that followed.

Success was on the horizon, so I was resolute in not stopping there, winning the German F5 Futures 2009, yet another doubles victory, and two more in the Romanian F1 and F14 Futures competitions. A crowning achievement came in 2010, when the hard work paid off, in Guatemala, and I managed to win both the singles and doubles F1 competition. An amazing experience.

In 2011 I concentrated on my singles play, and won the Russian Kazan Challenger tournament, another victory over a more experienced player.

Moving forward, in 2012 I’ve had a doubles victory in the  competition, and two more victories in Romania, in the F3 Futures and Brașov Challenger competitions. The following year, after winning the Quimper Challenger, I’ve had the pleasure of receiving congratulations on this momentous victory from Novak Djokovic, at the time number 2 in the ATP rankings.

2017 was the best year of my career as a professional tennis player, ‘till now. I am more than happy to watch back at the amazing victories I got, and I am also more determined to perform better and to become better. 2017 was the year when I got in the top 100 ATP - which is a great achievement, and it’s the result of dedication, hard work, family and friends’ support and of all the people who believed in me and who helped me become better.

Madrid Open was the tournament which confirmed my position in the top 100 tennis players; the highest position of my career so far was 74. I am more than happy with it, because I wanted it badly and I worked a lot for it. For 2018, I strive to be in the top 50 tennis players, and I am sure I will manage to achieve my objective. After all, once you never stop to work for what you want, the results will appear.

Other things I love.

I still like to play football, like I did when I was a kid. No wonder this nickname stuck. I believe it’s no problem, then, that I secretly dream of running my own charity foundation. “Kid“ helping kids, how’s that for a motto?

I also love cars and pretty much all motorsports. Isn’t a love of speed and competition a prerequisite for tennis players? Being on edge, keeping it fast, moving from one challenge to another… did I mention I speak four foreign languages?

But sometimes, you have to take it slow, so collecting watches is also something I enjoy doing. Oh, and watching movies, too. Sure enough, watches and watching led me to photography, which is yet another thing I love doing.

But, at the end of the day, it’s still tennis that I love the most. Preferably on a hard surface. Did you know most of the big tournaments are played 65-70 percentage on hard surface, like asphalt? I will keep training hard and devise new strategies with my coach Andrei Mlendea. I will make the ride worthwhile, and if you stick around, you might just feel that sense of achievement, too.