Next year I want to reach #50 in the ATP rankings 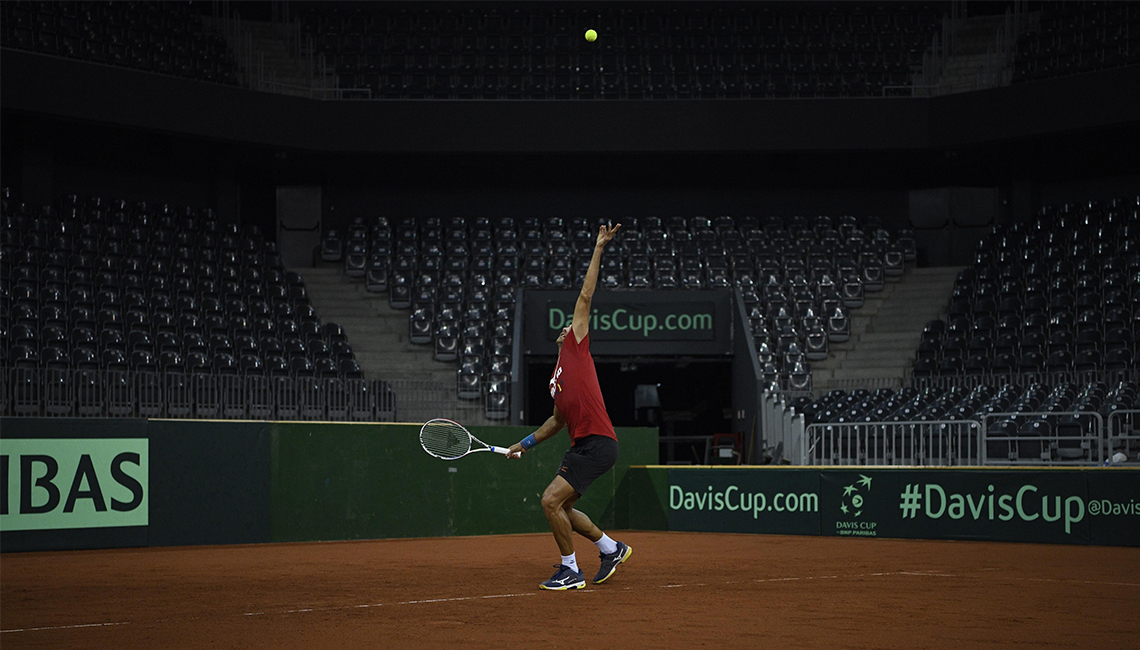 Every time I get to Cluj I talk to the journalist Ovidiu Blag. And I'm always happy to answer his questions. I did it again this week, when I'm going to play with great love for Romania in the Davis Cup.

Ovidiu: The world is curious to know how the injury from the match with Cilic from the US Open happened...
Marius Copil: Yeah, time passed by so it makes it a bit easier to talk about it. In the first set I felt a contraction on my left leg and because of it I wasn’table to push to the right and serve properly. I decided to withdraw, so I don’t risk it to become worse. Anyway, I was to going withdrawing, even if I had won the first set because the prospect of a long game would have only made my injury worse.

Ovidiu: Has this happened before?
Marius Copil: Yes, I was actually in Cluj during a Davis Cup match, against Spain. I had a mio-fibrille rupture that time but I continued to play. And it was a bad decision because I had to stay on the side for 6 weeks. Knowing where such an injury could take me, I said stop in the match against Cilic, and I think I did very well. Of course I was disappointed, because I had done an excellent training in Miami with Andrei Pavel and Lucian Nicolescu (the physical trainer and the physiotherapist I work with now). I felt I was in shape, I could see it on court, but that’s life, I had to judge with my mind, not with my heart, I could not risk it.

Ovidiu: What's next for you in the calendar this year?
Marius Copil: After the Davis Cup I am going to play Metz, then I will take a one week  break and I will probably use the spear time to get my visa for China. Then comes Tokyo, Shanghai (500 and 1000 Masters), Stockholm, Vienna (or Basel) and Paris. These will be the last tournaments for this year, because I decided with my staff to allocate a longer period for the preparation of the next season. They will be about 6 weeks of training, gym and physiotherapy.

Ovidiu: You are now in Cluj again, and again playing in the Davis Cup team...
Marius Copil: Yes, and I'll always do it because I owe a lot to this tournament. Thanks to it I made the jump to the big tennis league, because I was selected to play in the Romanian team since I was very young. Here I play more for the country, here I feel the team spirit, I feel that the people from the stands encourage the country, not the person, and all these things give me a good feeling.

Ovidiu: How do your plans look like?
Marius Copil: I want to finish the year in the first hundred players. To succeed  I need about 80 ATP points and I feel that I can do it. And for the next year, I planned with Andrei and Lucian to reach #50 in the ATP rankings and that's just in the first half of 2019. The progress I have made give me the confidence that I can achieve these goals.