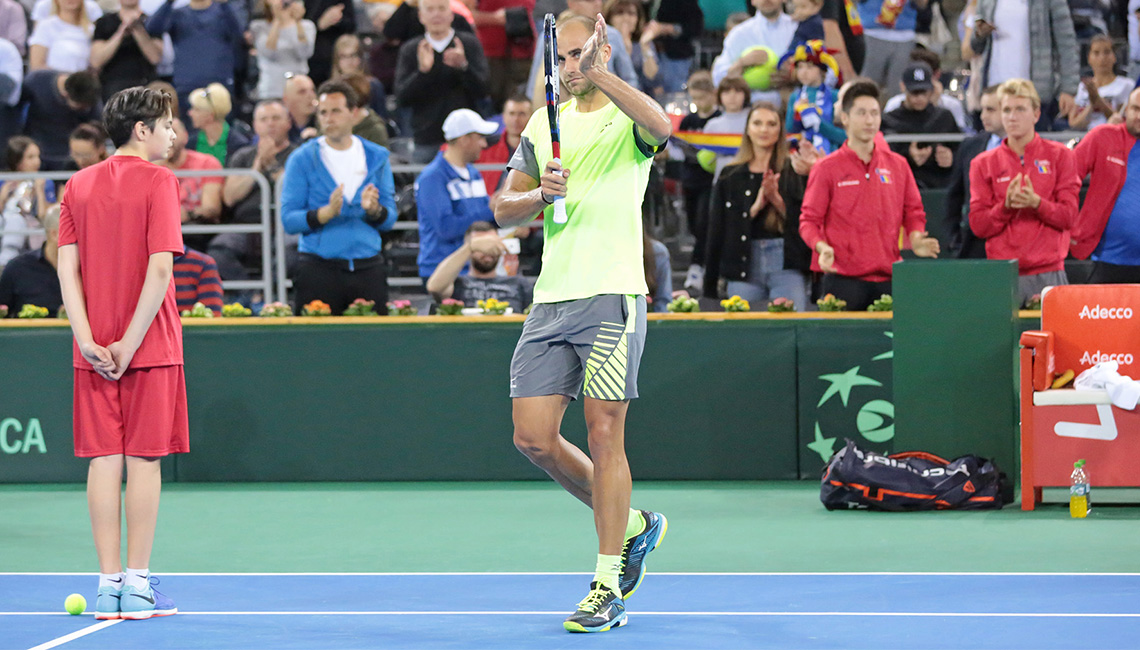 I stepped into the court thinking that I will play a long and beautiful game in order to show my appreciation for the public that came in such great numbers, though it was the Easter Holliday. But it was not like I expected. In 39 minutes the score was 6-0, 6-1 and I won the match against Amine Ahouda. And it was all happening in a game where I began, somehow, blindfolded because I did not know anything about my opponent. Why is that? For the simple reason that there was not even an Youtube video, no hint at all about his game.

It was a great start and so it continued. I played doubles with Florin Mergea and we won in less than an hour with 6-2, 6-1 against the morrocan pair formed by Yassine Idmbarek and Lamine Ouahab.

Just a quick and funny info. Did you know that the shortest game in the ATP history was played in 2014 and it took less than 30 minutes? It is a record made by the finnish tennisman Jarko Nieminen who won against the Australian Bernard Tomic with 6-0, 6-1 after 28 minutes in the 1stround at Miami Open.

Now getting back to our sheep, the men's tennis team of Romania lead the Morocco team in the 2nd round of Group II, Europe-Africa zone of the Davis Cup, at the Polyvalent Hall in western Cluj-Napoca.

I can only tell you how pleased I am that our team won all rounds and got to qualify Romania in the 3 rd round, scheduled in September. We will train hard for the confrontation with Poland in order to succeed.

Until then, my agenda is full. On the 23rd of April I will enter a new tournament in Budapest. It is a high stake for me and I see this tournament as a payback time because last year I missed the 2nd round.