How Marius Copil started his career as a professional tennis player? 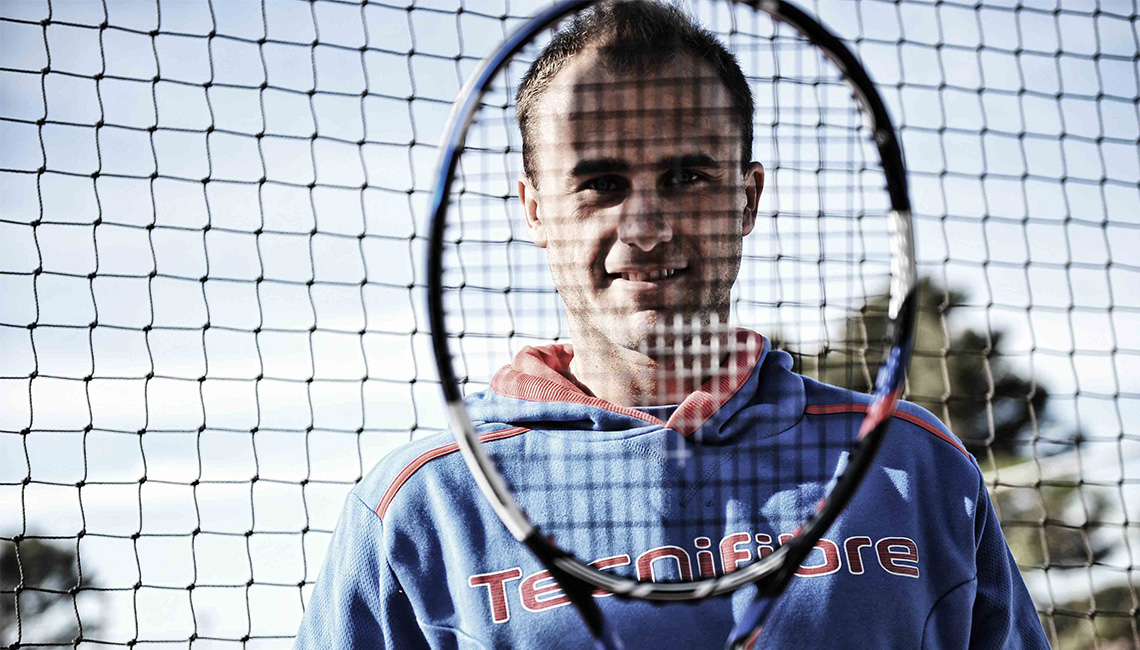 As a kid, I’ve always loved sports. Before I picked up the racquet definitively, I also played football. I actually started playing tennis at around age 7, since my elder brother brought me on the tennis court and I saw him playing. I really wanted to play, too. For three years I've played tennis and football together, but the pull of the white sport was so much stronger, so I decided to dedicate myself professionally to it.

The tennis coaches I’ve had since I started training in Germany.

Thus, when I was 10 years of age, my parents thought it was time I had real training in tennis, so they flew me to Germany, Augsburg, to be more precise. Dietmar Weiss, a Romanian national who moved to Germany, was my first tennis coach. At around age 12, I moved from Augsburg to Munchen, to train at one of Nic Marchand's academies. Two more years and I was fourteen, and feeling I had outgrown the training gained here, I moved on to the Scheck Sport's club, where I began training with Oliver Gross, the former no. 60 in the ATP rankings.

After this experience, at around age 17, I went overseas, to Florida. Tarik Benhabiles, the man who trained Andy Roddick and held on to no. 22 ATP for a good while, was running an academy here, in America. I trained here until age 20, when I decided it was time to move back to Romania and follow my path there. For the first few years, I trained at Pescariu Sports and Spa, initially with Adrian Marcu. Gabriel Moraru followed, after Adrian Marcu, and then Andrei Mlendea.

Aged 23, I started working with Peter Carlsson, but that only lasted for a few months, when I decided to go to the tournaments on my own. For a while, it went fine, but then I decided to start working with a coach again, and this time Alberto Nunez was the choice. After three months, I realized it wasn't working out, so in February 2016, I renewed my partnership with Andrei Mlendea. We've been a formidable team ever since. I started out as 220 ATP, and have made it all the way up to 74, currently being 93. Since July this year, I decided to work with a physical coach, too, so Daniel Tudorache joined the team and we're working wonders.

The first tennis tournaments that helped me rise up in the ATP rankings.

As a junior, I used to play a lot of local German tournaments. My best ATP ranking was 340, and that's mostly because of winning my first professional tournament at 16, when my parents decided I should only play professional tournaments from then on. I needed 3 years before I was able to rise up to challenger and maintain my position. Another 6-7 years were necessary for me to start participating only in ATP tournaments, and make the first selection at Grand Slams.

While I was able to rise up among the first 270 in the ATP rankings, I believe my not so astonishing results were due to my lack of experience, thus I would advise any youngster picking up the racquet today to play as many games as a junior, rack up as many prizes and trophies as possible, because experience truly is a deciding factor when it comes to treating matches correspondingly to their importance.