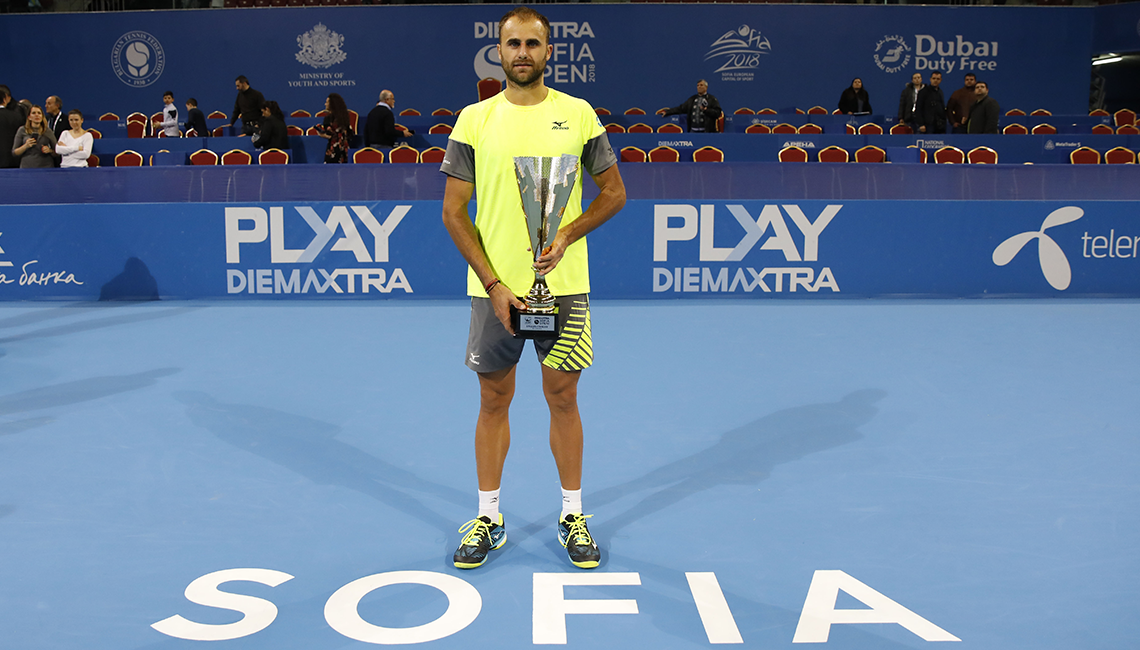 After the defeat at the Australian Open Tournament, I suffered a lot. It hurt me very hard. We came back home and I trained really hard, the entire week before the Davis Cup. It is when I decided, next to my coach, Andrei Mlendea, that I want to go on a more aggressive gameplay, no matter what the final results will be. I knew it was the gameplay that fit me best and made me feel great on the tennis court. We saw the results very fast in the matches with Luxembourg, from the Davis Cup Tournament.

The first match at Sofia Open, against Robin Hase, was the one that confirmed that the aggressive gameplay was working in my favour. I managed to take advantage of every opportunity I had on the opponent’s serve and to play my own game very well.

I had my last match against Mirza Basic, who was in a great shape. It was difficult to play against a player with such good mobility. Unfortunately, neither the service nor the chances were on my favour today.

I am grateful to Andrei Mlendea for my ascension into the ATP rankings and for my evolution in this tournament.

I felt very good at Sofia Open and I want to thank the hosts for a very well organised tournament and for the fair play they showed by programming my first game on the 3rd day. It was a pleasure for me to play the final on the central arena, in front of 10.000 wonderful spectators.

Although there have been eight loaded days, I managed to win 7 consecutive matches and I can say that I am ready to keep going. Due to a special exempt (SE) received when I got qualified for the semi-final, in Sofia, next week I will get the chance to play in Rotterdam, ABN AMRO World Tennis Tournament, ATP 500, and meet Damir Džumhur.

I want to thank you all for the beautiful messages and I want you to know that it makes me very happy to have you as my supporters.

All the best,
Marius